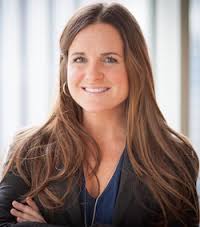 Fun fact: Maureen knows what it’s like to work with people and excel in high-pressure situations – she’s the youngest of 7 children!

Fun fact: Krisi is accustomed to competitive situations and shining in a team environment as well – she was the pitcher on a Division 1 softball team during college.

In my former role, I was based in the same building as Chicago’s LaSalle Network and was always intrigued by the energy (and balloons) coming from their lobby. They have continued to grow and promote the talented internal employees that have been critical to their success. I was excited to talk to two leaders that have grown with LaSalle Network and are now shaping the future of the company. 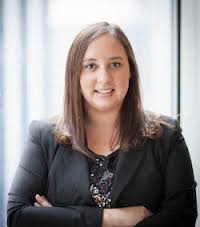 Maureen: Probably when I was promoted to Chief Revenue Officer. It was a huge accomplishment for me and it’s been incredibly rewarding to grow from an entry level sales person to now overseeing all our revenue operations.

Krisi: I’m extremely proud and humbled by being someone my CEO recognizes as a Chief in the organization. I think I’m most proud of being able to see the growth of people I manage and to see them step into their own leadership roles within the organization. It’s very rewarding to be able to say that I was a part of their career growth and to watch people grow here every day.

What do you know now that you wish you would have known when you first started in staffing?

Maureen: I wish I would have understood how to approach intimidating (or what seemed to me, intimidating) conversations. To not be scared about cold calls or conversations because they are never as bad as you expect them to be.

Maureen: I was at a seminar recently and one of the speakers said something that really resonated with me. He said “be brilliant, be brief, and be done.” It’s so easy to want to keep talking and think that the more information you throw at someone the better, but that’s not the case. People run into problems when they keep talking about a certain issue and go on and on. People want things to be straight to the point and deliberate, so choose words wisely and stop talking when you’ve made your point.

Krisi: Perception is reality. It doesn’t matter who you think you are, what matters is what other people think of you and who they see you as.

Are you an industry veteran that’s excited to share your lessons with the next generation of staffing leaders? Share your insights as part of this #womenINstaffing Wednesday series. Contact me to learn more.

Confused on the hashtag (#) in the title of this series? Let me know if you’d like to join a virtual roundtable with a few other female staffing execs to discuss the power of Twitter to build your personal brand.

women in business, women in staffing